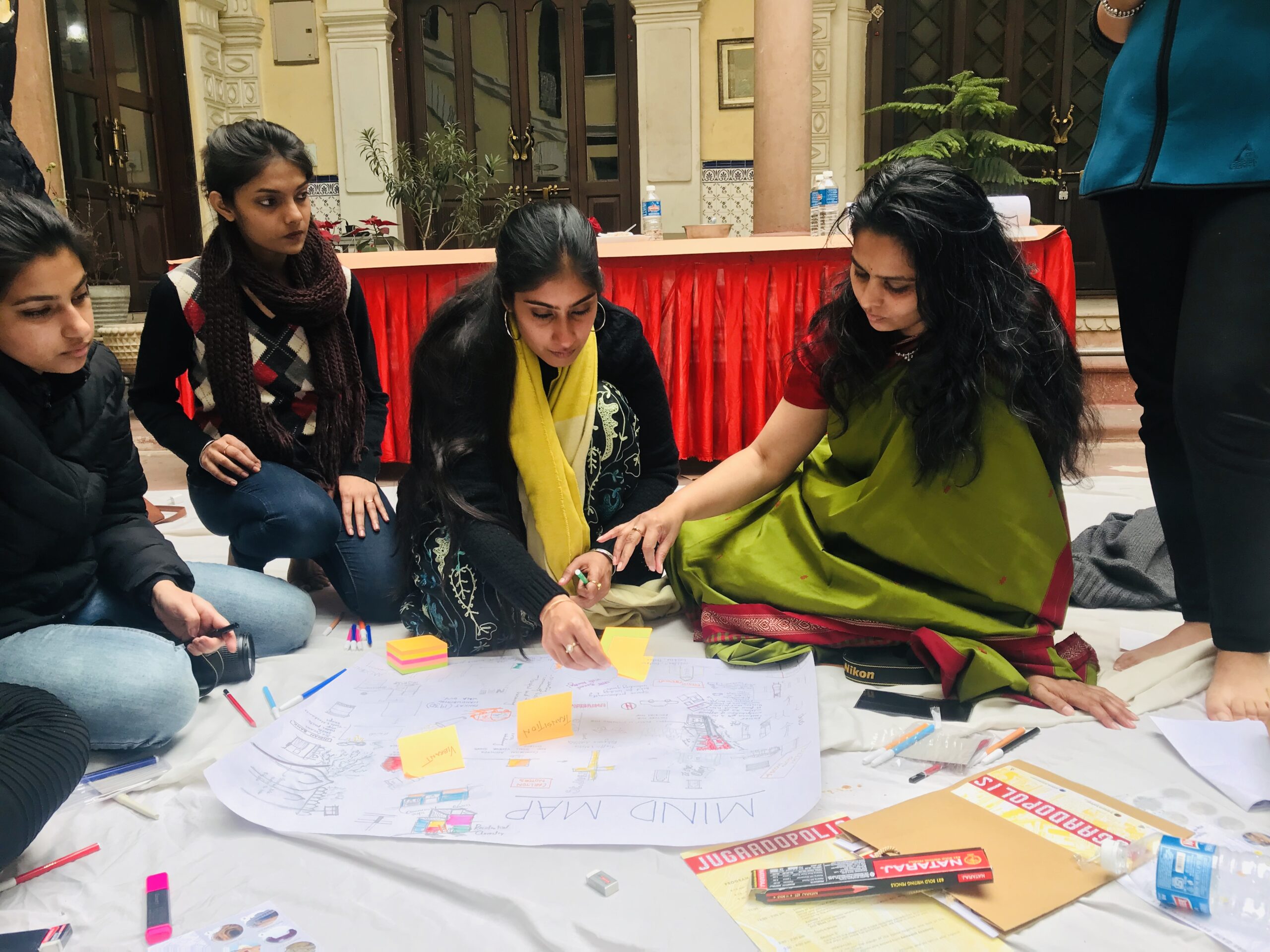 The one question on everyone’s mind has been but why did we need to launch Jugaadopolis. What benefit is it to us an architectural practice? Our core values at ATA have been about learning by doing, about making mistakes about talking about them and sharing what we do. We have been indeed very lucky to work on some of the most intriguing projects, projects that shaped up not just a physical space but also mindsets. Projects that made us think of what really mattered in the real world? Why were we doing what we were doing?

We believe that what we do is really important, it has the power to change lives and therefore we need to be fully responsible for what we do. A journalist asked me the other day, so in ATA is it just you or is there anyone else? The answer was fairly easy, ATA is in my name, but it has been built on the energy and enthusiasm of the many young people who chose to work with us, who believed in our dream and who gave us much more than we gave them. So, ATA belongs to each and every one of those people, some students, some interns some architects who all did their bit and helped us grow together.

Students have always formed a backbone of our thought process and involving and engaging them in most of our projects has been a key strategy from the very beginning. Having taught urban heritage conservation for almost a decade now, I realised that the gaps between academia and professional practice were only widening and there needed to be something that help bridge the gap. Very often than not, the standard format of lectures or powerpoint presentation doesn’t do the trick to engage the minds of the students. It is my firm belief that to learn one has to do something “hands on”, we have been conducting workshops for students for a while now, beginning with the lime workshop at the Haveli Project in 2014  (Read more here http://thehaveliproject.blogspot.com/p/engagement-outreach.html) that introduced the students to using a traditional material to the multi-disciplinary co-creation workshop conducted at Chandernagore as part of Bonjour India 2018. Read more here http://heritagechandernagore.com/bonjour.html

We learn not only from our teachers but also from our friends and peer group, I learnt a new perspective to teaching from a very dear friend. I learnt that maybe it was time to think out of the box, to engage with the millennia in a way they understand, in a manner that sustains their attention. Therefore, we set out to simply have fun while learning together through our new experiment called Jugaadopolis. The philosophy of Jugaadopolis is simple, using creativity to solve a problem in the available resources.

We envision Jugaadopolis to be a student led movement to make sense of the old city. Starting out on your own in the world as a young professional can be really daunting, for some of us it has been a very tiresome journey to swim against the tide and to make place for ourselves. I often say that we had to work twice as hard for half as much just to survive the competition. Therefore, when we conceptualised Jugaadopolis, it was what I wish I had when I started out. For me it is just that a collaborative platform, where young professionals can come and test their ideas, learn, fail and we help mentor them while they dirty their hands.

Will it work? Ofcourse it will, something that has been built with a lot of passion and determination and that runs on young energy always finds a way to thrive!

If any of you have any idea that you would like to experiment with, we are just a call away, do drop in a line at [email protected] and we promise to give you a patient hearing!