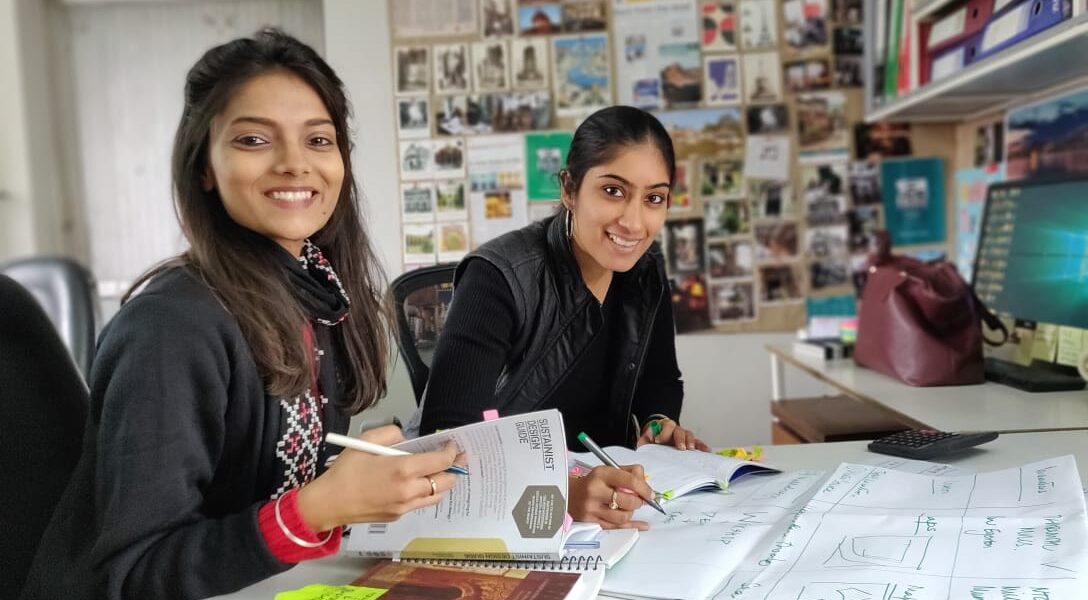 So the boss wasn’t happy.

While we had, at least in our minds, done our study of the area, chalked out a walk route, visited the Haveli and were wrapping up what we called our ‘research’ for the upcoming workshop; the boss had blankly told us that all the ‘collected’ information (and more) was available on Wikipedia. (yes, ouch!)

So there we were, standing at Kashmeri Gate, once again. After several intense discussions, we realized that we hadn’t got our hands dirty enough. We hadn’t been able to capture, in essence, the spirit of the place. Hence our experience of the place sounded ‘wikipedia ish’. A little dejected and a lot more determined, we (always with my partner in crime: Ananya) set out to make the place our own.

Often while doing a project, one awaits with excitement, its completion or the day you see the culmination of all your efforts into something tangible. But working on Jugaadopolis has been, in the simplest term, different (starting from the name itself!). I have enjoyed the process even more. Workshops happen. You have a brief, you fix the content and you deliver it on the day. Jugaadopolis was conceived (by the boss) on anything but a clichéd workshop format. The main deliverable was to make the participants think. Yes, as simple and as complicated as that! Each day I have challenged myself to break open my own fixed notions, push myself to think beyond what I know (or what I think I know) and be a part of a team which does not even see a glass ceiling!

That day at Kashmiri gate was important not only for the workshop but also on a personal level: it did open up a window through which I saw a kaleidoscope of possibilities. Many that manifested themselves in reality in the workshop and still many more that I know I will carry with me as sources of inspiration. While I could discuss endlessly about the brainstorming sessions, all the ‘you have to think’ pushing by the boss, the site work (we could start a #adventuresofananyaandmallika!), I want to share two of my takeaways while being a part of Jugaadopolis 1.

Walking along the Kashmeri Gate wall, I started to recall our discussion with the boss.

I sighed! The brief wasn’t in the form of “go find out important places or places of interest or architectural sights or interview people; there were only questions. I flipped a page with all the important historical events neatly written as per the timeline, only to see the “so what’s” written next to each!

Well that is something about our boss. She not only asks many questions but also makes you ask and eventually think in questions!

We often discuss about the importance of observation but not as much of questions. There is a reason for everything. Whether it’s a balcony extension or the place of the chai vaala stall or the colors we see. The idea that firmly planted itself during the workshop prep was not to take anything on its face value. Question it. Take in no information (observation or otherwise) without making it go through the process of questioning (or cross question firing, if you get a chance to work at ATA). Working out the what, why, how, when, which, is crucial; firstly this makes it simple (trust me, complicating information is easy and so is getting stuck in it) and complete in all respects.

“bête, ki labhde ho? (“What are you looking for?”). Fidgeting with my notes and camera, I looked up to see a rather worried face looking at me. I babbled something like old buildings, heritage, culture.. To which he just nodded and said “ acha tusi loka diyaa yadaan nu kaim rakhde ho” (“ so you make sure that people’s memories live on”). I just looked and him and smiled. How simply yet beautifully he had framed it.  From there followed a series of encounters, chai sessions, lots of stories and a diary page filled with contact numbers of Chachaji’s amd maasi’s (with respect to whose ancestral area coincided with which parent of mine – the Punjab connection), I found myself engulfed in conversations that took me away from the overarching first impression of the ‘commerce’ value of Kashmeri gate area.

There were stories of triumph like an uncle who has a kid had crossed over from Lahore, travelling to Delhi, taking refuge in the camps and now like many of the Punjabi population, was a proud owner of a motor part shop in the heart of Kashmiri gate( did you now the motor parts market at Kashmeri gate is the largest in Asia!) or of changing realities like a resident who was walking back from his shop to his house was worried that like many others, soon he might too give in the pressure of selling his house to a profitable commercial venture while shifting out himself. (Of the many things, he mentioned how he would miss getting garam garam kachoris packed for his wife who demanded them almost every evening!)

These encounters made me see life in Kashmeri gate, the life in and around the architectural and historical edifices, the people who actually give meaning to these places and because of whom these places even remain of consequence till now!

I do know that we, at large, understand the importance of putting people in the center of all activities but the lacuna is still quite wide. I realized that many of us (myself included) often (even in the best of interest) do not think from their perspective or do not make a genuine effort to know about their experiences. The communities we live in have been conserving, preserving, adapting; all of this and more already! We ask for permission to enter their houses but not with the intent of entering their lives. I saw the difference in my own approach while working at Kashmiri gate.

To put it simply; people understand everything, I just needed to understand this!

The site visits were eventful, so were the days that followed. We did come back in a jubilant mood with stories, anecdotes and pictures to a proud boss who then supported us in structuring, mapping and delivering our content. The participants left with a frame of mind that observes things around, is sensitive to the experiential values, asks questions, and does not rest till it finds the answers!

That for us, at ATA is a successful workshop and for me was an experience I will always cherish.

p.s: I am sure nobody is wondering who “the boss” is but still to clarify. The boss is Aishwarya Tipnis who at ATA is the wind beneath our wings and our safety net, both at the same time.

p.p.s: Jugaadopolis 1 was an intense, activity based workshop which centered on the principles of sustainability with study area Kashmiri gate, the details of which will be described in another set of blogs.